I struggled with this book. No, that's not entirely accurate. I actively disliked the ending. Regardless of how well written it is, the bleakness of the ending ruins it for me.

I've struggled with how to discuss Loner without spoiling the plot. I've decided in this case, I'm going with spoilers. My justification is that the book doesn't hinge on not knowing plot elements. Its success or failure hinges on the characters in the book and the overall quality of the writing.

The titular loner of the story is David Federman, a Harvard freshman who is determined to be more at college than he managed in high school. Instead of realizing that goal, David develops an instantaneous fixation on Veronica (whom he refers to as "you" throughout the narrative). Through the course of the book the fixation drifts to stalking and beyond.

For me, this book is a case study in campus rape in three parts.

David pursues a relationship with Veronica's roommate, Sara, as a way of to ensure interactions with Veronica. In an attempt to make an impression on Veronica, who is sleeping in the next room, he pressures Sara for sex and vocalizes during sex for (in his mind) Veronica's benefit. Soon thereafter he dumps Sara and word gets out amongst his social group that she felt forced into having sex with him. This is the first hint of rape in the book and David feels minimal impact from it. He is ostracized from the small group of friends whom he routinely disparages anyway.

In the next stage, David discovers that Veronica is having an affair with a married Teaching Fellow from her English class. David presses her to report the relationship as, by Harvard's rules, it qualifies as rape due to the power disparity in their respective positions (student/teacher). Given that, we understand that Veronica is in the relationship by choice, but David uses his knowledge of the affair to pressure her in various ways. In this case, it feels that without actually being in the relationship, David is the aggressor and he manages to benefit from his knowledge of the affair.

David, after discovering betrayal by Veronica in the form of a paper that she has written where he appears unfavorably, waits in her room and attempts to rape her during the book's climax. Sara and Veronica together stop him, and he expects to be publicly tried for the attempted rape, even to the point of fantasizing about his inevitable notoriety.

In the end, even though he is captured in the act, David is able to remain untried. How you say? Through claiming the sex was consensual, if tending towards the sadomasochistic, of course. Add to that the implication that Veronica's affair will come to be public knowledge if David were to go to trial and the whole thing is glossed over.

David is never portrayed as anything other than a struggling loner. He is bumbling, socially inept to the point of disability, narcissistic, and troubled. We're supposed to feel outraged at the outcome of the book, but the writing itself does not foster that outrage. The point of view of the rapist is right there all of the time. Justifying. Smoothing the edges. Even the resolving chapters focus only on the pitiable mess that David becomes. No mention of the impact on Veronica or Sara. They have minimal voices.

What troubles me as much as the book, is that the reviews I've seen have been fairly emphatic in their praise. Kirkus Review says:

A spectacular stylist, Wayne is deeply empathetic toward his characters, but—brutally and brilliantly—he refuses to either defend or excuse them.

A startlingly sharp study of not just collegiate culture, but of social forces at large; a novel as absorbing as it is devastating.

The part the troubles me the most is that, in contrast to the quote above, I feel the book defends David. It is from his perspective, Sara and Veronica never really get to be fully-featured characters as they are seen only through David's flawed eyes. It becomes the classic tale of white, hetro, male done wrong by life. I didn't find the novel devastating. I think the word I would have chosen is disheartened. 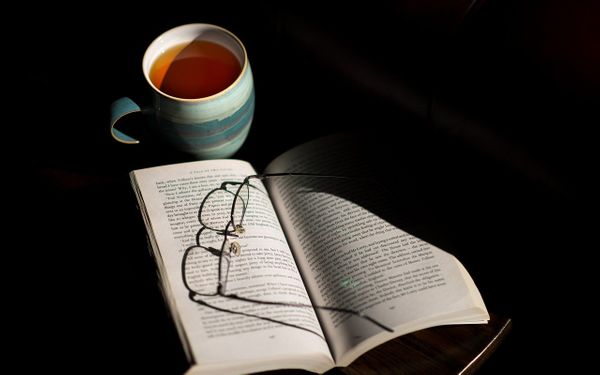 The presidential debates were the other night and, well ... ...Yeah. This is not the place to dissect that particular pile of offal. I was thinking that perhaps this would be