I don't know if you've ever read a book that impacted you so profoundly that you weren't even sure how to speak about it. You opened the cover expecting one thing, and what you experienced was something altogether, life-changingly different.

This was one of those books. 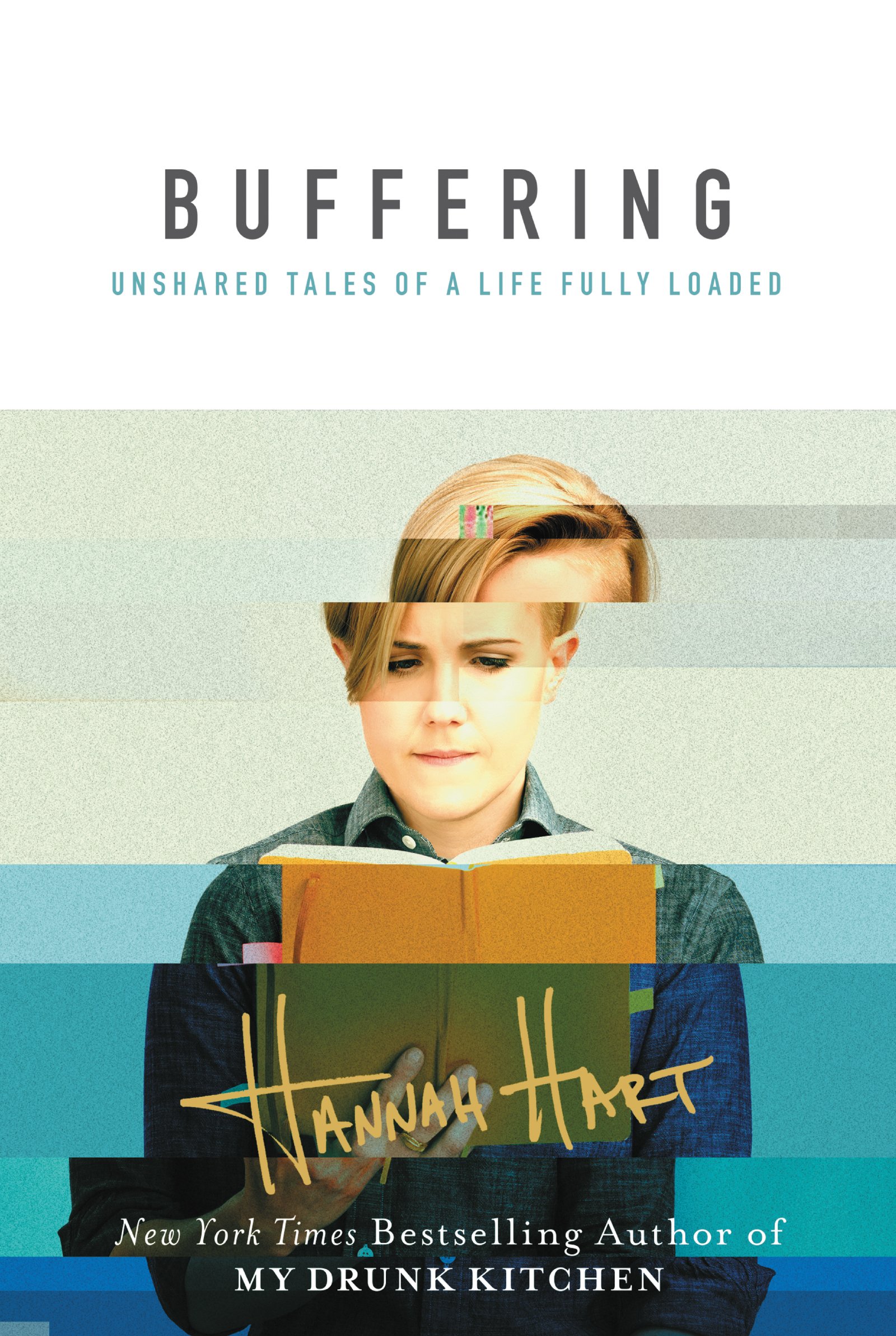 I've said that Hannah Hart is a light in an often dark world. Her YouTube series My Drunk Kitchen never fails to make me laugh and it has given Dan and I more than one code phrase; for example, if we find ourselves in the midst of a project or activity that's gone sideways someone inevitably says "Three kitchens in one day is too many kitchens" which is Hannah Hart-ese for "We may have bitten off more than we can chew here, but we have to solider on at this point."

That is sort of the message of this book -- that life? Can be pretty fracking difficult, but you solider on. She uses the notion of buffering as a metaphor, with life as a series of events that slowly resolve until you are able to view a completed image; the novel as a whole is a series of essays that layer on those images until you get a completed picture of Hannah Hart, the woman who is composed of all of those layers.

If you are used to funny, inebriated Hannah from MDK and have never encountered more introspective Hannah in her other videos, those layers may come as a surprise. Saying that Hart's childhood was difficult is a gross understatement. Saying that she has overcome incredible challenges also greatly understates the case.

What I can't overstate however, is Hart's honesty, which is on every page. I think that's one of the things her YouTube followers enjoy about her: Yes, that is really Hannah, really getting drunk in a real kitchen and effing up recipes, doling out thoughts on life; these pages are really Hannah, telling you about working three jobs to try to help her mom when a broken, messed up mental health system can't get the job done and trying to reconcile her sexuality against religious doctrine that tells her she is going straight to hell.

The other day, I posted a list of five inspirational memoirs. If I was were writing that post today, this book would be at the top of that list. I hope that Hannah Hart realizes that she has done an enormous amount of good by sharing what were surely difficult stories to tell.

The next time I'm in my kitchen, I'm raising a glass to her.