I do not love scary movies. In fact, I have a really difficult time with them. There are a few reasons for this, but the major one is that most horror movies get fairly gory, and I don't love being grossed out. It ruins the atmosphere if I start gagging, you know?

Having said that, I love a scary story. Woo boy, do I love horror novels. So what with it being Halloween soon, I thought I'd give you some horror suggestions! For this year's FBYCR Halloween edition, I decided that we'd go with vampire novels. One, because I've read a lot of them and two, because vampires that DON'T sparkle deserve love (or at the very least, some attention). 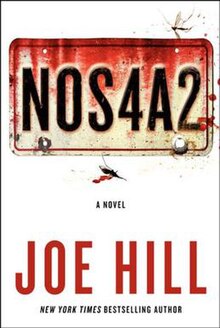 I, as you know, read a lot. My tastes run towards fantasy, sci-fi, and horror (although let's face it, I will read pretty much anything except a novel featuring killer spiders), and I'm not often so unsettled by a novel that I have a difficult time wanting to finish it.

Y'all, I had a REALLY hard time getting through this. Not because it isn't well written -- it is -- and not because the story isn't plotted and crafted expertly -- it is. I was just so freaked out by it that I kept thinking, maybe I should take a break. Every time I thought that, though, I would then think: If I stop? I'm never coming back to this. EVER.

This is not a traditional vampire tale, but it is a doozy involving an undead child abductor, children with special powers, and a creepy haunted car, and a nightmare place called Christmasland.

Prepare yourself, and maybe leave the lights on while you're reading. (It won't really help.)

Long before everyone's favorite literary serial killer, George RR Martin, announced that winter is coming, he wrote a vampire novel. A good vampire novel. Set in 1857 and featuring steamships on the Mississippi, Martin creates a battle of good versus evil (as he is wont to do) and his protagonists basically try to free vampires from slavery to their blood thirst. Of course, being Martin, he problematically deals with the notion of HUMAN slavery, but let's face it -- sensitivity isn't really his jam.

Despite that, this is a quality vampire tale. Atmospheric but not terrifying, it's a well told story with a memorable ending. 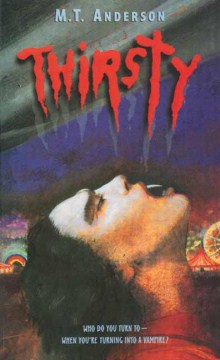 True story: I first encountered this novel in a high school library while I was teaching summer school. This is a YA novel.

It is also one of the most terrifying vampire books I have ever read. Anderson creates a world in which vampirism is rather like a virus, and people who catch it are put to death. The main character, Chris, realizes that he is becoming a vampire and tries like mad to stave off fully becoming one.

Salem's Lot is Stephen King's second published novel, and of all of the books on this list, most closely resembles Bram Stoker's Dracula (which I will get to in a moment). Unlike Dracula, however, this novel has scared the pants off of everyone I know who has read it. 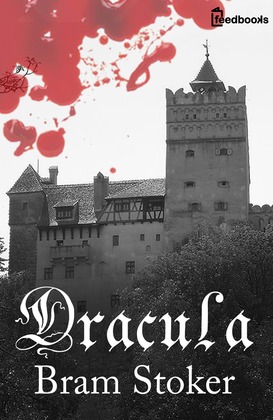 Written in 1897, this is it. The original. Often imitated, never quite duplicated. The book from which almost all contemporary vampire lore has sprung (except, perhaps, for the sparkly bit and don't even get me started on that). If you love vampire novels, you really owe it to yourself to read this so you can see where it all started. This is a delicious read, and one you should savor -- like a thirst quenching beverage, perhaps.