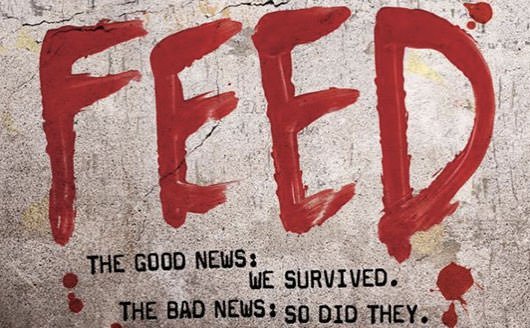 Part One: The Impending Zombie Apocalypse

Imagine, if you will, three people sitting at a crowded bar. There are various sports on the wall-mounted television screens, but the three we are focused on are not watching them. Instead, they are having a heated conversation.

"So, if the zombies attacked today --" says Heather. She is the most urbane of the three. She is properly and professionally dressed. She is the Scully to the Mulder that is the other pair, as they will demonstrate now.

"Wait. What kind of zombies are we looking at?" Danielle has hair that is streaked in teal and purple and multiple facial piercings.

"There is more than ONE kind of zombie?" Heather is bemused by this announcement and orders another martini for fortification. She seems to know that she should not have opened this particular can of worms. Not with these two.

"Well, YEAH," says Dan. He is wearing his habitual superhero t-shirt -- today it is Deadpool -- and jeans. His tattoo sleeve peeks out of his shirt. "You have your World War Z zombie, your Romero zombie, your Walking Dead zombie, your Grant zombie ... I mean, there are lots of schools of thought to deal with here." 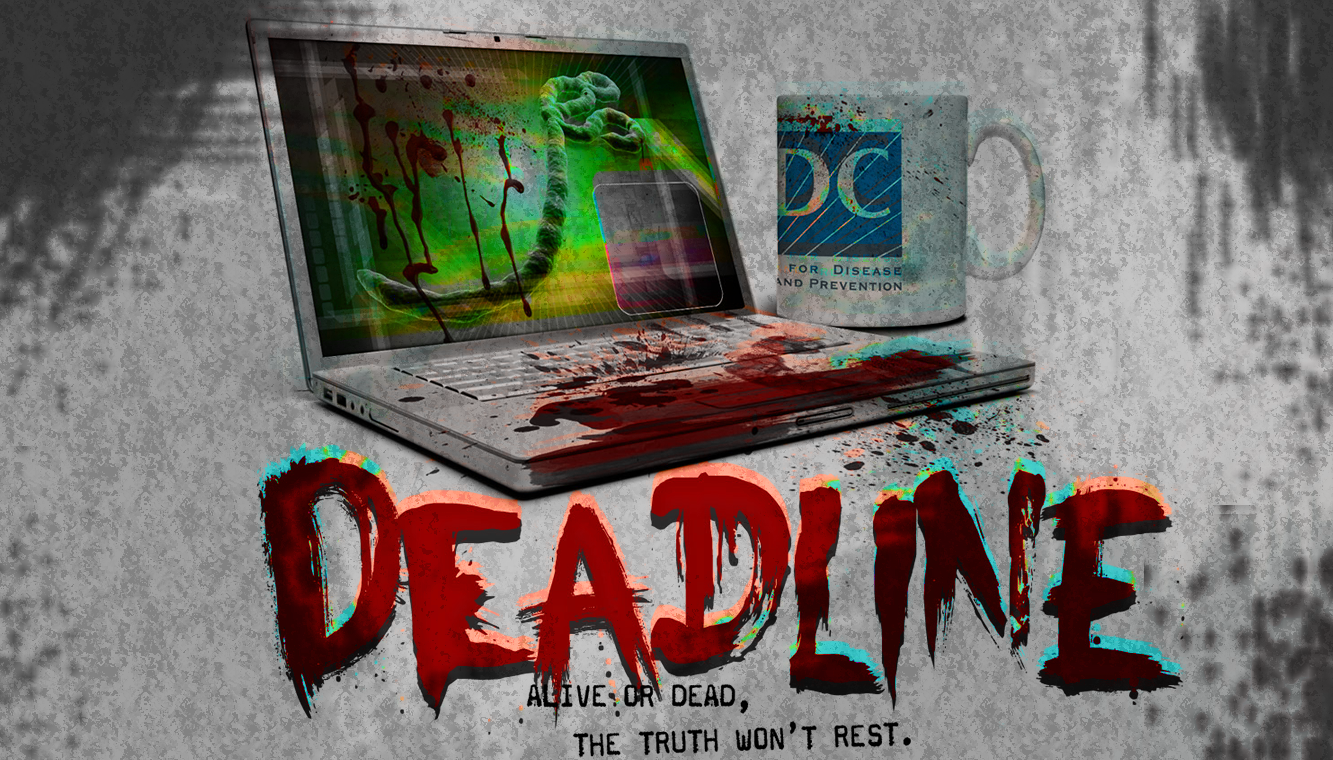 Part Two: Things My Momma Taught Me to Love

My momma does not love zombies. In fact, I recently got an email from my momma asking me if we were going to be reviewing things that were not horror/fantasy/sci-fi related as those are not things that she really enjoys, per say.

However. My momma DOES love medically-based thrillers, especially when they are a little bit frightening. It was my mom who introduced me to the work of Robin Cook, who based every one of his scary-assed novels on a medical practice or procedure that had somehow gone horrifically awry.

So -- Momma, if you are reading (and I suspect you are) -- you will love these books. Even though they are indeed about zombies. Because they are zombies with a basis in EPIDEMIOLOGY. And who doesn't love a little epidemiology in their day?

Mira Grant (who is really Seanan McGuire, who I have already declared my love for) is possibly one of the most brilliant writers I have encountered. I want to live inside her work. That would kind of suck, because this one particular series is RIDDLED with the undead, but I kind of want to live there anyway.

Grant creates a world in which American scientists do really great things, like mutate the Marburg virus (a variant of ebola) into a cure for cancer and create a cure for the common cold. Unfortunately, this is also a world in which Americans also do terrible things, like release that cure for the common cold into the atmosphere prior to human drug trials, causing the two viruses -- the Kellis cold virus and Marburg Amberlee -- to bind, mutate, and bring about the zombie apocalypse.

(I feel like there is a joke to be made here about the Trump campaign for presidency, but making it is simply too depressing.)

You might be wondering what makes this different from all of the other zombie apocalypse novels. Wonder no more, my friend. I'm here to clarify:

3.It's all about the mass, Part 2. All mammals of a certain body mass are potentially victims of amplified Kellis-Amberlee. As a result, survivors have to contend with not only human zombies, but also the zombification of larger animals such as bears, moose, and dogs, who are normally exempted from becoming the hungry undead in most zombie fiction.

4.We love the internet! Grant creates a world in which humans begin to rely on bloggers and internet savvy folk for their news and information. As a blogger and internet book review, I can totally get behind that, y'all.

5.Politics are never good. The first three books of the Newsflesh series, Feed, Deadline, and Blackout, are set twenty years after Kellis-Amberlee has turned a big bunch of the population into flesh-eating zombies. The books follow a team of bloggers called After the End Times, headed by Georgia and Shaun Mason, as they cover a presidential campaign (which begs for ANOTHER Trump joke, but ... siiiigh).

If you are following politics in America right now, you know that it's a crazy, weird, mudslinging power struggle. Combine that kind of political landscape with a post-apocalyptic, zombie riddled landscape and some journalists who are determined to tell the truth and ... well... stuff goes wrong. REALLY wrong.

Part Four: But Why Is This So Awesome?

I mean, a world in which you could potentially become a zombie that wants to eat your Aunt Lucy for brunch doesn't seem like a great one to immerse yourself in, right?

Wrong. Grant does an exceptional job of creating a world that is both perfectly familiar and also completely alien. The characters do the things that people do -- they drive, they eat, they work -- but they do it all under the extreme threat of Kellis-Amberlee and the knowledge that one wrong move could be their last.

The character of Georgia Mason lives for the truth, and the truth is this: We all live in that kind of world. While Kellis-Amberlee is fictional, and it's not likely that we will have a zombie apocalypse today or tomorrow, this series works so well because in a post 9/11 society we're more used to living under threat. In Grant's world, the Kellis-Amberlee virus is tested for all the time -- to enter buildings, to exit them, at regular stops on the highways -- to make sure that the threat is contained. Unlike our society, however, which likes to target individuals or groups of people as threats, Grant's world is fully democratized. No one single type of person poses the threat to spread the virus: EVERYONE does. Everyone is at risk and is a potential risk -- and everyone accepts that as the reality. Skin color? Religion? Sexuality? Unlikely to be a problematic factor when everyone on the planet is in the same, potentially flesh-eating boat.

I love these books enough that I read them -- all of them -- twice. Rise, Grant's short story collection that centers around the Newsflesh world and its characters, is so good that I am on my third read of it. (Sorry, Dan ... you'll get it eventually.)

You need to get your hands on these books. They will stay with you. 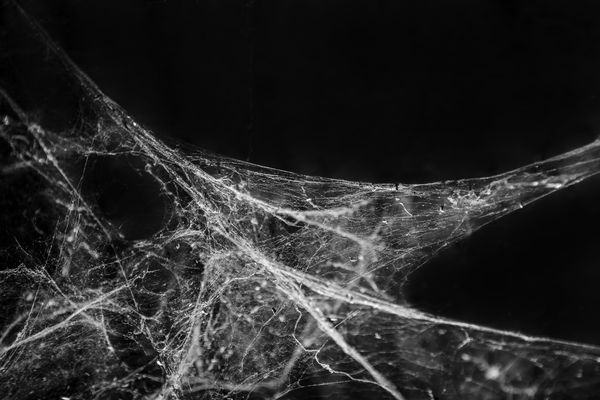 Warning: This book contains SPIDERS. Lots and lots of SPIDERS. Vicious, dangerous, spiders! I mean it, if you don't like spiders, you're going to hate this book. I Love Bookstores 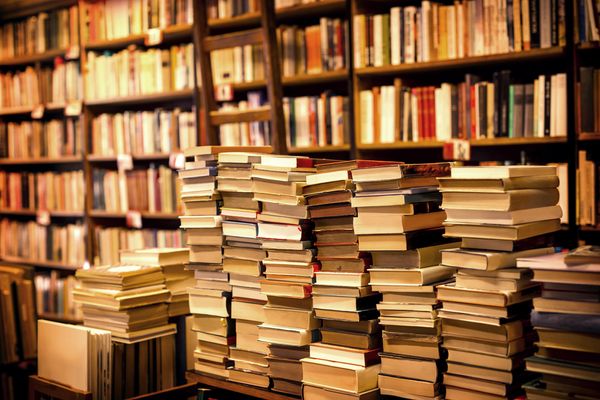 Sometimes when the world starts to feel too much for me, I find myself in a bookstore. These are known as Danger Days. The only real danger is to my